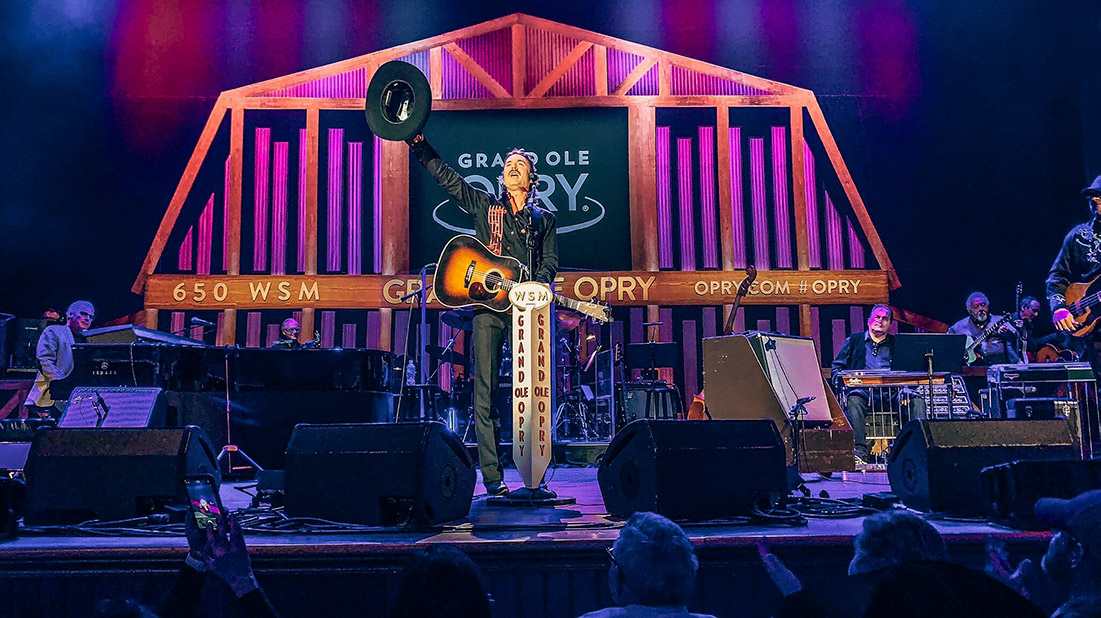 In 2015, James left a technician job at the Los Alamos National Laboratory in New Mexico and returned to his native state of Tennessee to pursue a country music career. George Jones’ own widow, Nancy, personally hired James for his first steady gig at the George Jones Museum in Nashville, allowing him to make a living playing music and to hone his hobby-turned-profession in an accelerated fashion. Since then, James has played several shows each week in downtown Nashville at places like The George Jones and AJ’s Good Time Bar when he’s not on the road, having played over 1500 public, corporate, and private events since January 2015.

In addition to supporting his young family and connecting with other musicians and songwriters, performing downtown has helped James build a large fan base of folks drawn through the doors by the booming voice echoing down Broadway and 2nd Avenue. Playing so many shows in a relatively short time-frame in a city with an excess of raw talent forced him to sharpen his stage show quickly and continue to refine the thing he’s always enjoyed most — entertaining and interacting with his audiences in a way that leaves most people feeling like they’ve made a new friend.

James was the 2018 WSM Road Show Winner, resulting in the opportunity to make his Grand Ole Opry debut opening for Alan Jackson at the Ryman Auditorium on January 17, 2020. He was also selected by Jackson from the crop of rising artists who play at AJ’s Good Time Bar, Jackson’s self-owned honky-tonk on downtown Nashville’s famed “Lower Broadway,” to open select dates on Jackson’s 2019 “Honky Tonk Highway” tour. Over the past few years, James has enjoyed playing several opening slots, festivals, fairs, and private events in locations all across the United States and has even had the opportunity to travel to Canada, Japan, Scotland, and Norway for shows.